Two Day Adventure Elopement in the White Mountains in NH

Janna and Connor's two day adventure elopement is one I will forever cherish. An intimate day with their immediate families, followed by an adventure in the mountains - a place they love. But let's start from the beginning.

When Janna and Connor first reached out to me, they had a good idea of what they wanted their elopement day to look like. They knew they wanted their parents and siblings, an adventure the day before or after, and to get married in a lush green forest. I can't lie - when I got their inquiry, I was so excited. From the way they expressed their day, to their love for one another, I just knew they were my people. And as soon as we got on the phone, I could tell I was right!

These two met at the absolute perfect time. Neither of them thought they were ever going to get married, but when their friend set them up on a date, they both knew instantly that they were going to be together for the long run. They both say - when you know, you know! And after just a few months of dating, adventuring and supporting one another, they got engaged and moved in together. The best part of this story is that Janna's parents had eloped after 3 months of dating. So when she told them the news, they responded that they were surprised it even took them this long! I just loved that response.

The two of them knew they wanted a two day elopement. They wanted one day for the ceremony with their families, then the next adventuring and hiking in the mountains. One of the tricky parts was Janna envisioned a PNW vibe for their ceremony. While it's not as easy to find in New Hampshire, I got to work and found a few locations. For the hike though, we bounced around some ideas from strenuous hikes, to their favorite one at Lonesome Lake.

As we got closer, they had a change in heart and decided that they wanted something a bit more simple so they would be able to change into their attire. So we opted for a popular hike for sunset, except we saw maybe three people! That's the benefit of eloping during the week.

Elopement TIP: While you may want to cram a lot in, it's best to try and keep it simple. Stick with one or two locations so you don't wear yourself out!

Day one of their White Mountain adventure elopement

The day before their elopement, Janna called me and told me there was actually a trail right in the back of their Airbnb! The trail I had found was decently close, but this spot was literally perfect and was on private property, making it more secluded.

When I arrived, it was Janna, her sister, her friend who was officiating, her mom and dad. They took their time getting ready and having a relaxed morning. Connor and his family were enjoying Littleton, the town they are from, for the morning. When they got back, they all got ready together and started off for the ceremony location - a two minute walk through the woods.

As you'll see from the photos below, Janna and her dad had a moment just them two beforehand. It was honestly the sweetest, and I loved that they had this time together.

As they walked through the woods, Connor and the rest of the family was there waiting. Their ceremony was so special and serene in the lush green forest. Both of them had written their personal vows, to which they had everyone in tears. Their families were present, and taking it all in. Honestly my favorite thing in the world so that they don't have to witness their marriage through their phones.

After their ceremony and taking some photos, they had a bunch of pizzas and hung out all together for the rest of the night. The next day I asked Janna and Connor how their night was, and they said it was the absolute best. Some of their family members gave speeches, and they just chatted and laughed all night. Day one was already special, and I'm so glad everything worked out exactly as it should!

Originally, they had wanted their hiking adventure day to be the day before their ceremony. However, we switched it so they could get into their wedding attire. They were coming off an emotional exhausted day though, so we slowly made our way through the 4 mile loop.

Throughout the hike, we made pitstops to enjoy the views. I had made them PB&Bs (peanut butter and banana sandwiches) that they ate as they relaxed at the top. Something that was important to them was capturing the adventure, not just them in their wedding attire. Which honestly I loved because I think that's one of the best parts of doing a two day adventure. For those who love to hike, it's a great way to document just your every day lives together. They'll be able to look back and share this entire experience with their kids and grandkids one day!

On our way back down, we talked about how happy they were. How these past few days were everything they could have wanted and more. And truly the hiking portion was just an icing on the cake because their day one was so perfect. These are the days that I am just so grateful for what I do. To help empower couples to create a day that feels the most them.

I'm so grateful for Janna and Connor trusting in me to tell their story. I truly feel like out of this, I now have two unbelievable life long friends. I'm so happy for them and I can't wait to follow their journey through this crazy life we live.

Rings: Young in the Mountains 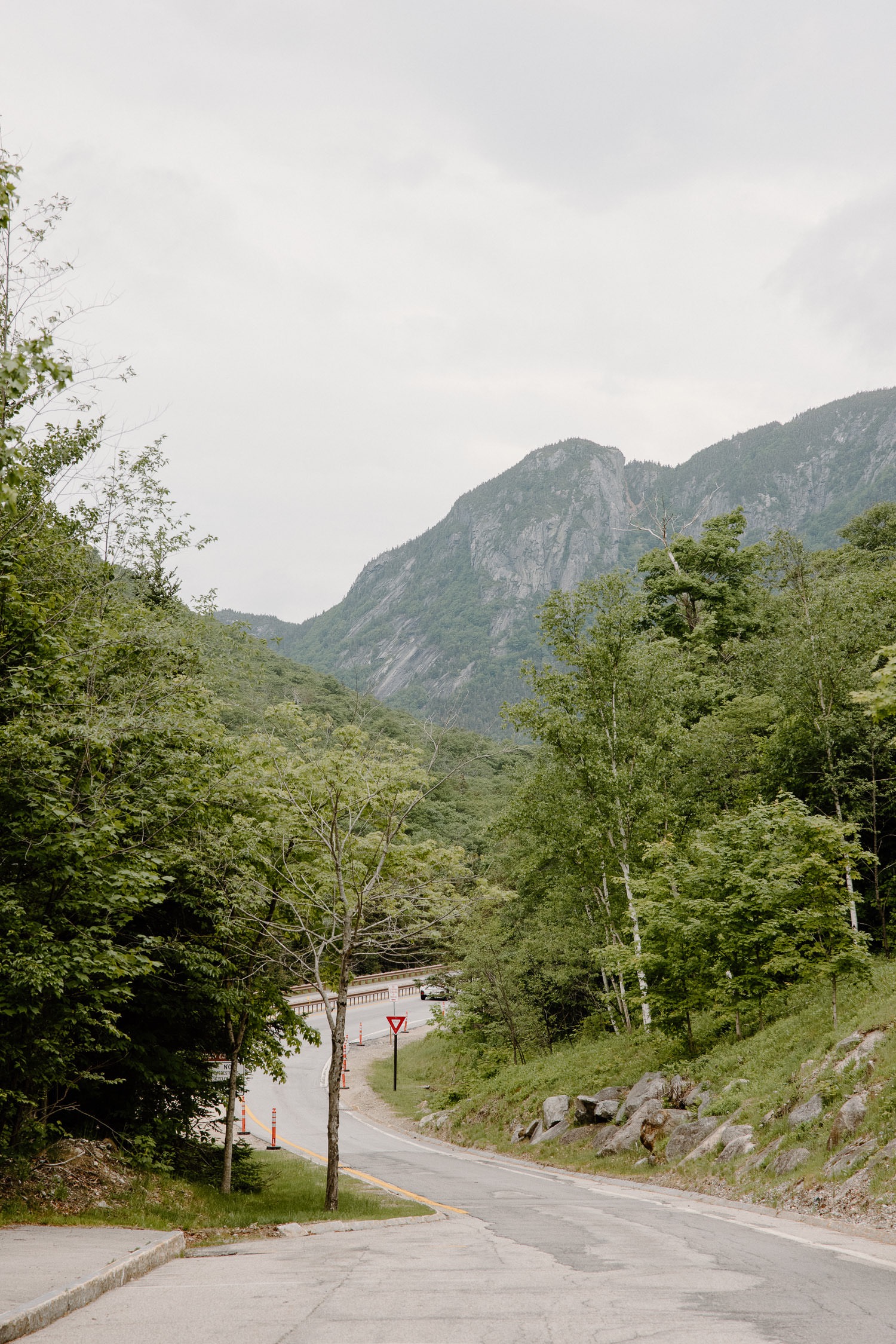 A New Hampshire based adventure elopement and intimate wedding photographer for the adventurous souls. I travel throughout New England and worldwide, empowering you to create the most beautiful, adventurous day and give you the memories you'll be able to look back on for all the years to come. 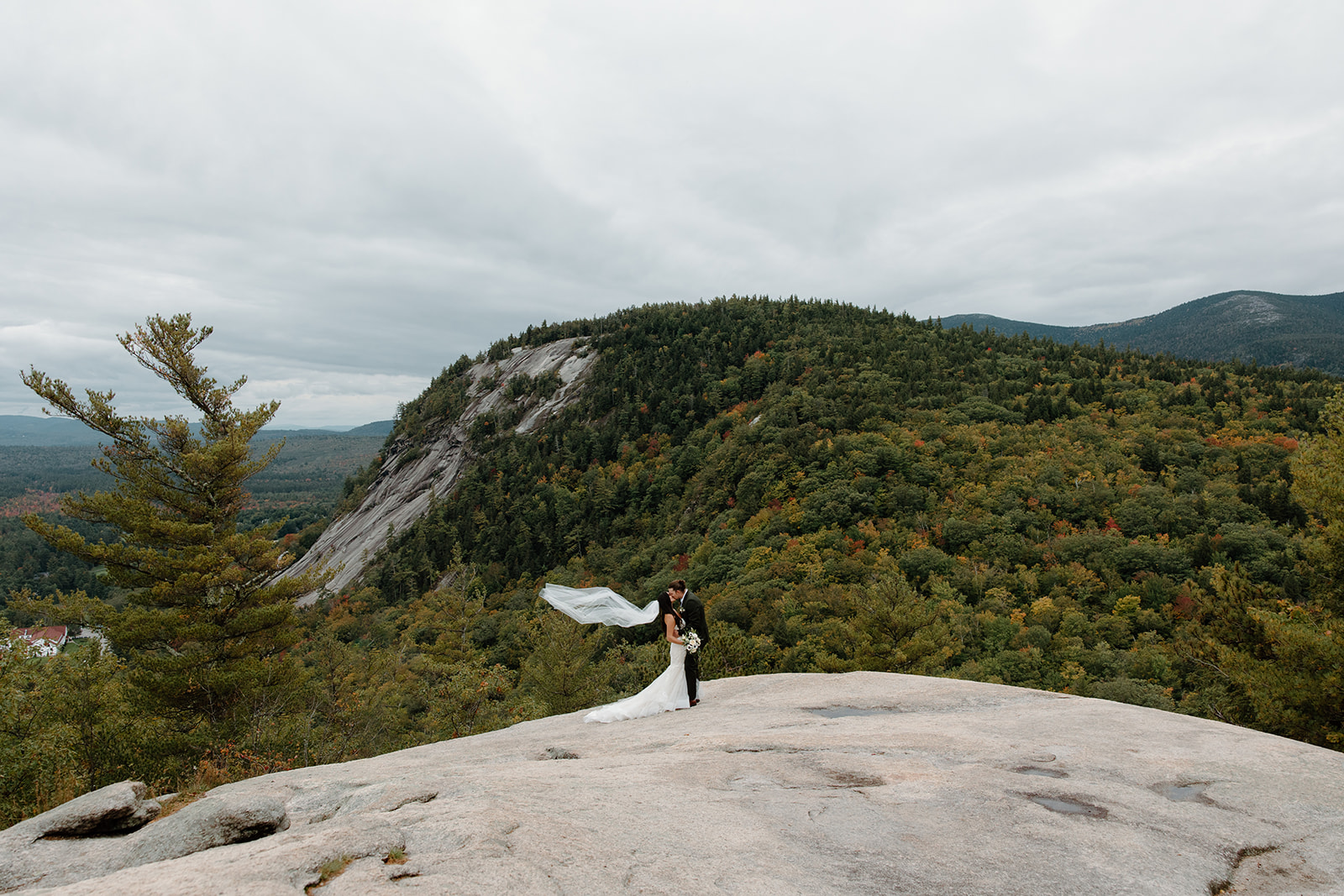 North Conway Elopement with Family in the Fall